Wednesday, November 16, 2016 Princeton Rotary Club hosted Similkameen News Leader former owners/operators to their evening meeting. In attendance was original partner Dawn Johnson and final owner George Elliott and his wife, Brenda Engel. The evening included background and stories shared by Rotarians giving the event a nostalgic feel from the number of memories offered. It was clearly obvious that the weekly publication was missed and had provided something unique within the marketplace of the Similkameen Valley. The celebration was highlighted by former News Leader owner/publisher (and former Rotarian) George Elliott becoming a Paul Harris Fellow. This is the highest honour that Rotary International uses to recognise significant contributions to a community made by members of the club or community leaders. Photo: From Left, Rotarian and long-time friend and supporter of the News Leader Ernie Lawrence, Dawn Johnson, George Elliott, Brenda Engel and Princeton Rotary Club President and long time News Leader supporter Mike Talarico. 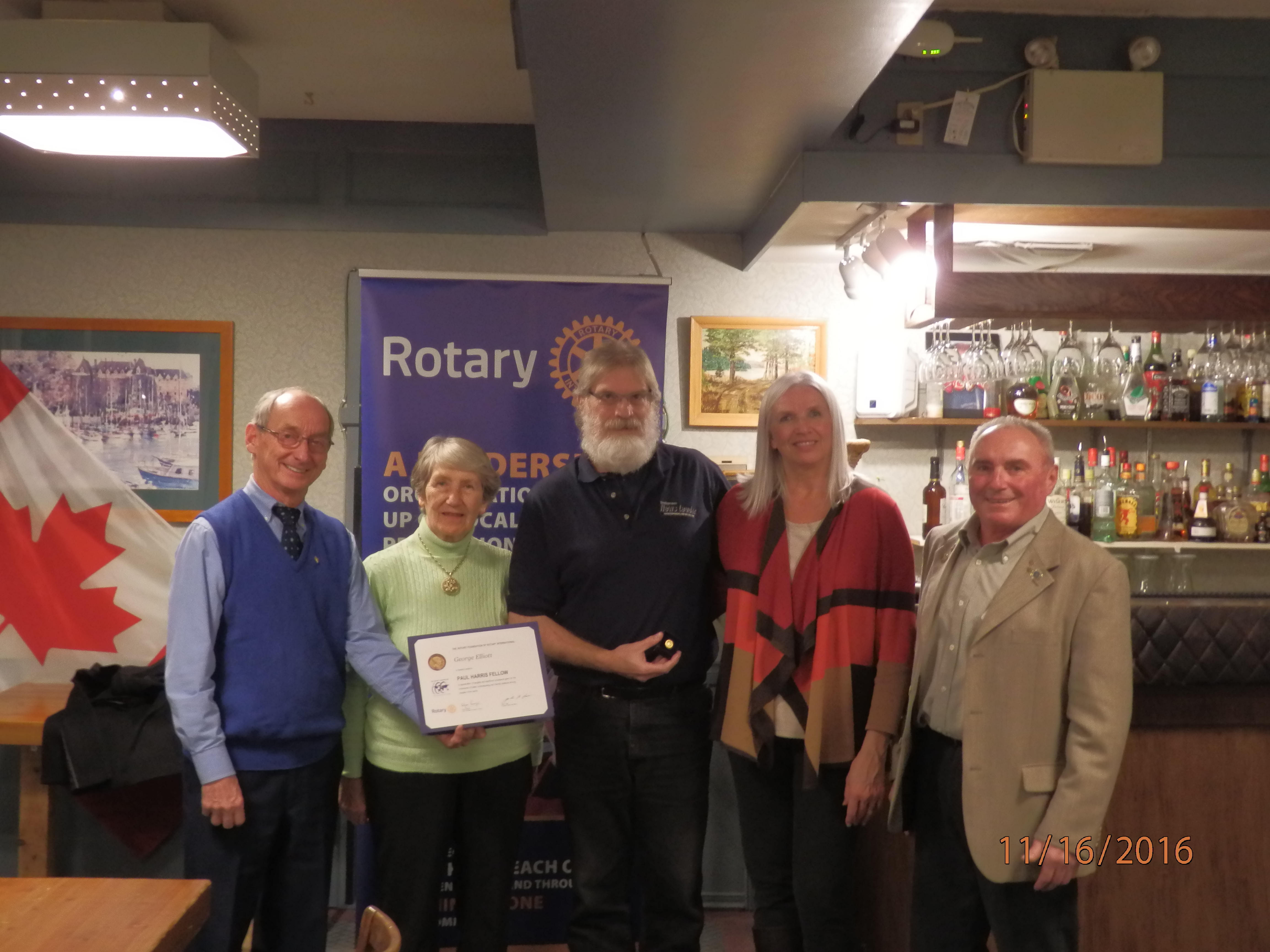 The Similkameen News Leader will cease publication this year following nearly 20 years of service to the region as an independent newspaper. The final newspaper will be dated July 26, 2016. According to News Leader Owner/Publisher George Elliott there are a number of factors. They include a sagging local economy, changes in the print media industry in general and the impact of social media and free online advertising websites. "It's time for us to look at doing something different with our lives while we still can," Elliott says. "We are not bitter or angry about this at all. We need a break and along with it, a change or transition into something new in our lives."

Now that the Similkameen News Leader is closed, you can still follow former owner/publisher George Elliott with his various online projects. In July 2016 he launched his Podcast Channel "Ninja on the Loose" where he intends to share simple solutions to everyday situations. His podcast channel is located at: www.looseink.podbean.com. You can listen to his latest podcast by using the embedded player below. There is no programming apps required and you can listen to the 'Ninja on the Loose' podcasts for FREE. Elliott's Facebook page is located at: www.facebook.com/looseink

A joint 'farewell celebration' was hosted July 28, 2016 at The Cosmopolitan Gallery in Princeton to honour Similkameen News Leader's George Elliott and Brenda Engel for their contribution to the history and culture of the Similkameen Valley through their newspaper and community service. The event was put together by Princeton Museum Society, the Princeton Arts Council and Granite Creek Preservation Society. A total of just over 45 people attended the celebration which included speeches from dignitaries representing the three joint hosts as well as Princeton Rotary Club, Princeton Traditional Music Festival Society, Princeton Town Council, the former ownership of the Similkameen News Leader, long-time friends and advertisers. The celebration at times turned into a 'roast' with many comments directed at Elliott. The overall theme of the evening was one of sadness at losing an independent newspaper voice and the many personal and private contributions Elliott and Engel have made within the community to make it a better place for all residents. In the photo below: from left, Princeton Museum & Archives Society President Rika Ruebsaat, former Similkameen News Leader owner/publisher George Elliott and Princeton Museum Operations Manager Robin Irwin. Photo: Spencer Coyne, Similkameen Gazette, www.similkameen.info 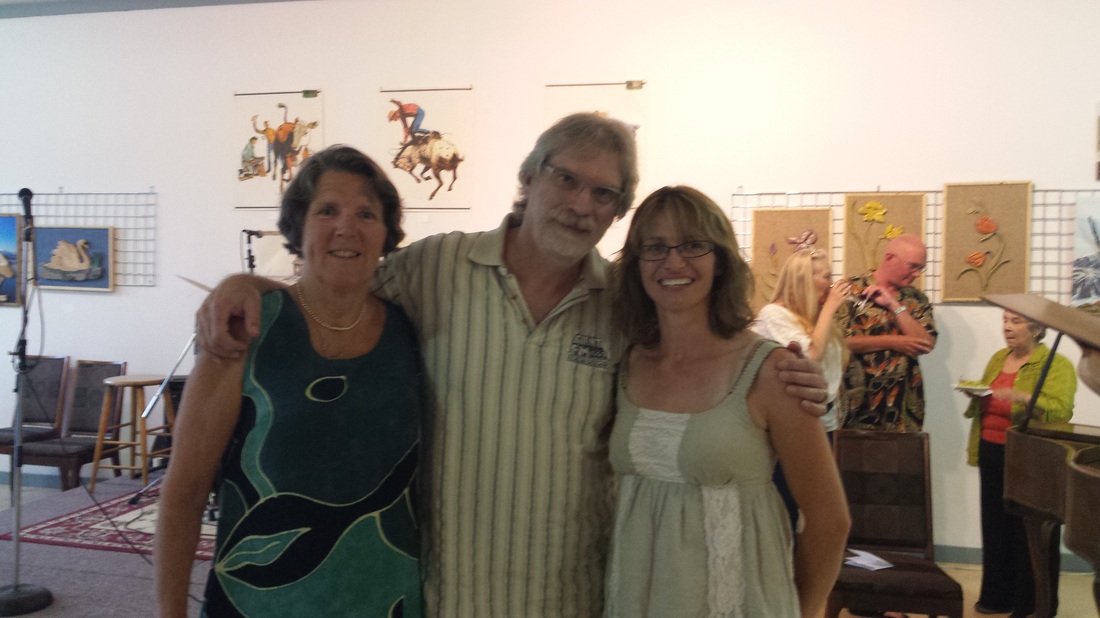 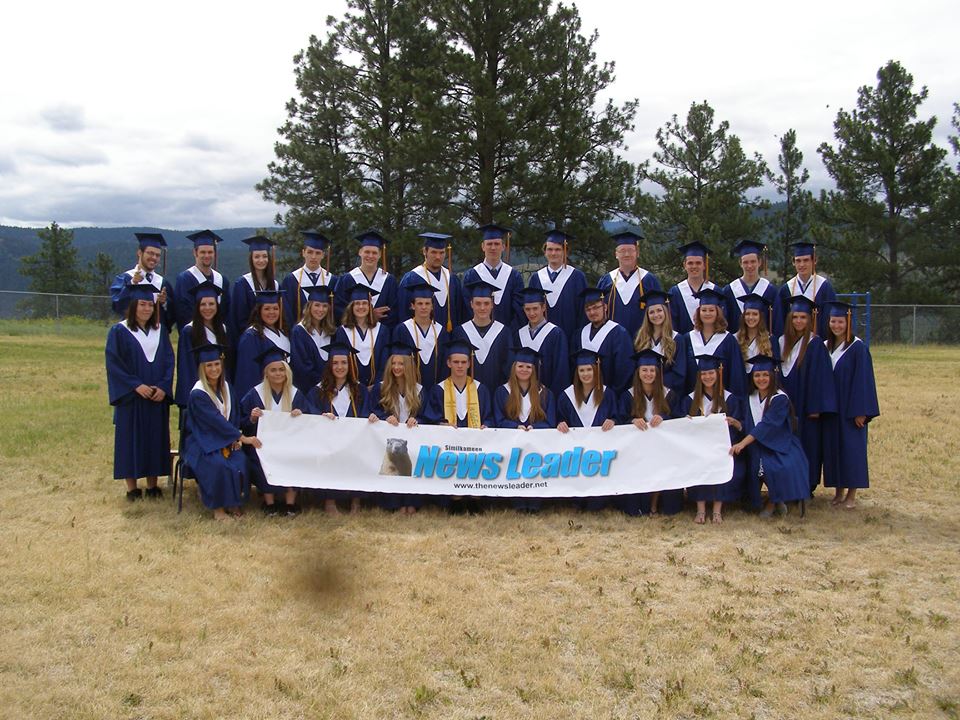